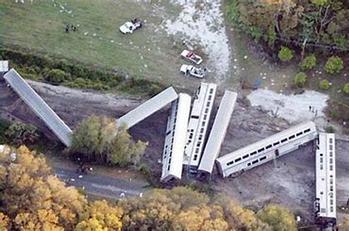 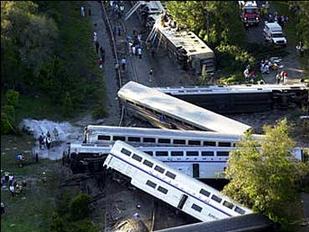 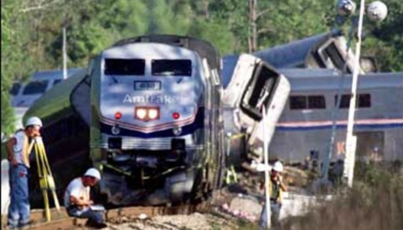 PAULA ZAHN, CNN ANCHOR: Now on today's other top story, we're going to get more now on that deadly train crash in Florida. We are now joined by CNN's Charles Molineaux who is live in Gainesville, Florida where many of the victims were taken after the crash. Good morning, Charles. What have we learned?

Well we've still got four people here at Shands Hospital including a 73-year-old woman in critical condition. A National Transportation Safety Board team is now on the scene of the crash trying to figure out what it was that went wrong. Actually the number 52 train -- the Auto Train was supposed to be arriving in the Washington, D.C. area just a couple of hours ago. Instead, of course, it is scattered around in the woods in Northern Florida.

One description calls it the big silver accordion. Thirteen of the 16 passenger cars went off the tracks. Seven of them actually fell over. 133 people were hurt. They were taken to quick triage site at Crescent City High School. Those who were more or less OK were treated at local hospitals. But the most seriously hurt were airlifted to Daytona, Jacksonville and here to Shands Hospital in Gainesville.

Now the word we now have is that four people are dead after this. There was some confusion earlier and actually Dr. Bruce Goldfeder from Shands went to the scene and he's counting his blessings because he expected a lot more people dead.

DR. BRUCE GOLDFEDER, SHANDS HOSPITAL: Disaster mode and we thought we were going to be receiving many more critical patients. So actually we feel very fortunate that there weren't as many black patients, dead patients and not as many red patients. It could have been much worse.

QUESTION: Why? Why do you think that?

GOLDFEDER: Well you know you always go by the mechanism. And I still understand we're unclear what happened but the mechanism is anytime a train derails the potentially every person on that train can get hurt.

MOLINEAUX: Now this accident happened on rails owned by CSX. But CSX had just checked them out a few hours earlier. They were OK. One thing we do know is the engineer apparently hit the brakes just before the accident happened. It was kind of a clue there, especially considering the fact the engineer did in fact make it out and can certainly -- and will certainly be questioned -- Paula.